India’s water crisis wake-up call is here, and it may be final!

The city of Cape Town is fast approaching “Day Zero” – May 11th, 2018 when the metropolis would see a shut-down of all its water supplies. A decade ago Cape Town was warned about the projected climate change and the dangers of population growth. Learning from the Cape Town water crisis, it’s vital that warnings are heeded to. India needs a collective consciousness for water preservation.

What we feel entitled to receive today may just not exist tomorrow. The beautiful South African city Cape Town is fast approaching “Day Zero” – May 11th 2018 when the metropolis would see a shut-down of all of its water supplies.

This inconceivable anti-climax is no more part of a sci-fi movie. Yet, the causes aren’t that surprising – overdevelopment, population growth and climate change. But most importantly, the pride that nothing could happen to us. Turns out, nature doesn’t understand that language.

The perils of ignoring warnings

A decade ago Cape Town was warned about the projected climate change and the dangers of population growth. This meant the city would have drier, hotter weather resulting in reduced winter rainfall and stream flows. Unfortunate for Cape Town that the three worst droughts hit it sooner than expected. NASA reports that reservoirs in Cape Town stand at 26 percent of capacity. City officials now must cut the taps when the reservoirs hit 13.5 percent.

We pay taxes, we are entitled to water

As an 11th hour resort, city authorities began to urge residents to cut down consumption to 50 litres per day. But a lot of these warnings fell on deaf ears until the announcement of Day Zero. Why? Because most city tax payers feel that they are entitled to get water.

What could have been avoided?

A 2009 Mckinsey report had predicted that by 2030, India would be able to meet only half of its water demand. The following chart represents that the pace of growth in demand halves between 2025 and 2050 in India. The Unit is billion cubic metre – 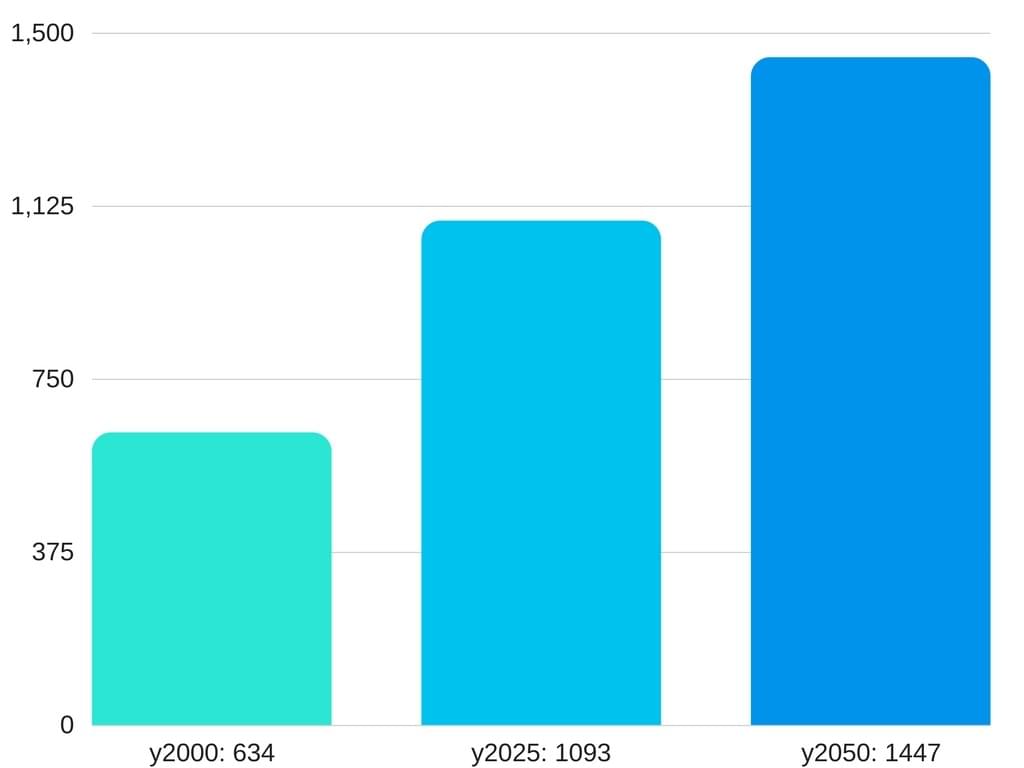 NASA had reported back in 2009 that the Indus basin – that includes Punjab and Haryana - was the second most over-stressed aquifer in the world. The same study noted that the rate of depletion of groundwater levels in North India is about one metre every three years. This is 20% higher than the earliest assessment of the Indian Water Ministry. Farmers in North India are currently more inclined to produce government-subsidised crops that fetch them good money. These crops such as rice are grown largely in Punjab and Haryana.

A map released by World Resources Institute indicated that Northern India is at the brink of water bankruptcy (see picture). 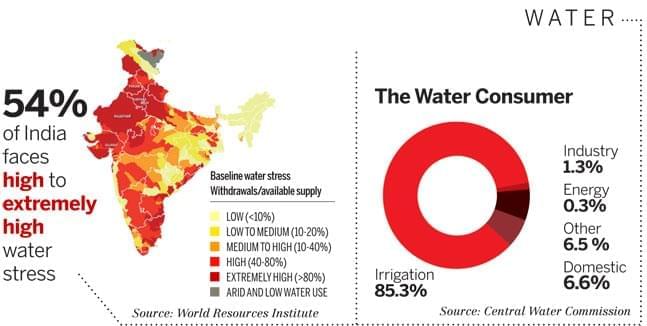 Yes, we are making the same ‘entitlement’ mistake. Here’s how –

India needs a collective consciousness for water preservation. Learning from the Cape Town water crisis, it’s vital that warnings are heeded to.Government needs to delink land ownership from the ownership of the water beneath, create complex systems of water rights, pricing and tighter regulation. As responsible citizens, we need to stop wasting groundwater, plant more trees, stop releasing waste inside rivers and stop acting like we are entitled to getting water. Well, as the facts are telling us, we are not.