In wine there is wisdom, in beer there is freedom, in water there is bacteria ..

Recently a BIS investigation conducted in the Capital to check the water quality showed some shocking results! 11 water samples collected from various parts of Delhi did not comply with the water quality samples, says the Union Minister Ram Vilas Paswan! Read to know more.

On 3rd of October, after a thorough investigation by the BIS showed tap water samples, provided by Delhi Jal Board (DJB), collected from 11 different areas in Delhi did not comply with IS 10500:2012 and were unfit for drinking, according to the Union Minister, Ram Vilas Paswan.

DJB’s vice-chairman Dinesh Mohaniya rebutted  the claim,   “The quality of water in the capital is good. Even the Union Jal Shakti minister Gajendra Singh Shekhawat had recently said that the water samples tested in Delhi were found to be at par or better than what’s available in European cities,” Mohaniya said.

“All the tap water samples failed on 24 parameters which including TDS count, pH value, odor among other norms,” says a senior BIS official.

According to the World Health Organization, in India, about 38 million people are affected by waterborne diseases each year, of which over 75% are children; 780,000 deaths are attributable to contaminated water and more than 400,000 can be attributed to diarrhea alone. 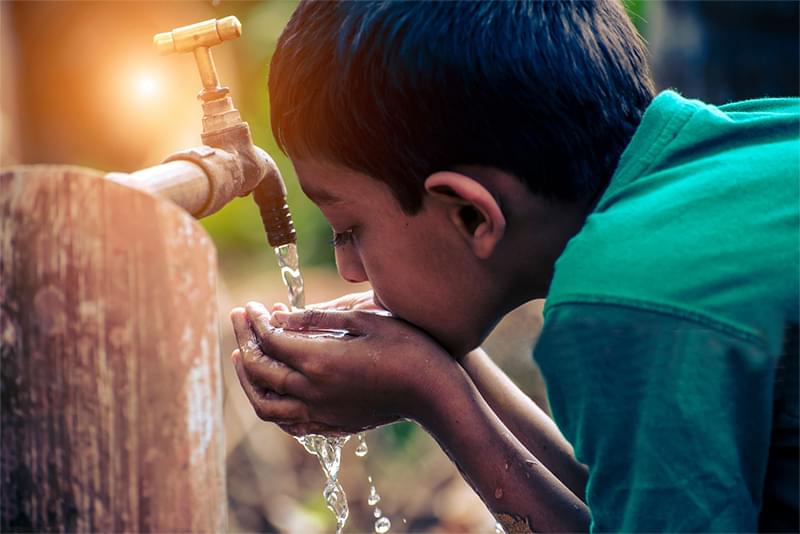 In a 2018 report from Global Advocacy Group, Water Aid placed India at the top of its list of countries with the worst access to clean water close to home- 163 million Indians live this way.

Water quality in Delhi is on alarming situation, as per a recent Lok Sabha secretariat reports east and northeast districts of Delhi are undergoing arsenic contamination of groundwater, furthermore other districts have recorded nitrate and fluoride pollution and  yet Mr. Mahoniya assertively claims capital’s water quality to be better than that of European cities.

Around 6,25,000 households in Delhi, constituting more than 18% of total households in the national capital, do not have access to even piped water supply, says the Economic Survey of Delhi. And This is the case when the capital consumes more water than what its resources allow.

Currently, meeting the BIS standards is mandatory only for packaged drinking water. Though the agency has also notified a standard with 42 parameters for tap water, however it’s not mandatory to adhere to. Hence, not a single water supplying agency in the country has adopted it to certify tap water.

In addition to that, TDS, pH and odor alongside 12 other contaminants are auxiliary to the 90+ primary parameters of water quality ranging from microbial, chemical, radionuclide, disinfectants, among others, according to the Environment Protection Agency, USA.

We are living in a time when safe drinking water has become more of a privilege than a necessity.

The exponential growth of the city and the under-capacitated and age old infrastructure alongside inadequate maintenance impose unbearable strains for provisioning two of the most basic facilities- water and sanitation. So, even if a significant amount of tap water is treated, there is no assurance of it being free from all types of contaminants.

The access to safe water in India is still a dream to a large chunk of populace!

While UV and UF technology are merely capable of microbes  in water, RO purification technology effectively kills chemical contaminants, disinfectants, among many others.

Reverse Osmosis  involves a semi-permeable membrane which efficiently separates dissolved salts, organics, microbes, pyrogens, and other volatile compounds including heavy chemicals like arsenic, barium, mercury, cadmium, pesticides to name a few, from water, making it safe and potable, alongside meeting all global standards.

Quote of the week-

“Water is the most critical resource issue of our lifetime and our children’s lifetime. The health of our waters is the principal measure of how we live on the land.”