Take it all in - Environmental toxins and human health

Recently, at All India Institute of Medical Sciences (AIIMS), when even the most high-ranked doctors couldn’t discern the causes of some serious illnesses, it was decided to run tests for environmental toxins on some of the patients. The results left everyone in shock! Read to find out what the results said!

In some of the world's worst polluted countries including India, babies are being born with birth defects, children are losing 30 to 40 IQ points, and life expectancy is going back to as low as 45 years. Researchers have found heavy toxic metals and substances in their bodies that have acted either as carcinogens or have been associated with developmental abnormalities in children.

Recently, at All India Institute of Medical Sciences (AIIMS), when even the most high-ranked doctors couldn’t discern the causes of some serious illnesses, it was decided to run tests for environmental toxins on some of the patients. The results left everyone in shock!

Of 216 patients tested, 32 (16%) had high levels of dangerous metals and substances including arsenic, lead, iron, cadmium, chromium and fluoride. Most of these toxins had leached into their bodies through contaminated water, air and soil.

Now classified as environmental toxins, these heavy metals and substances were surging many illnesses, including cancer, neuro-development disorders, congenital diseases and gastrointestinal issues to name a few. 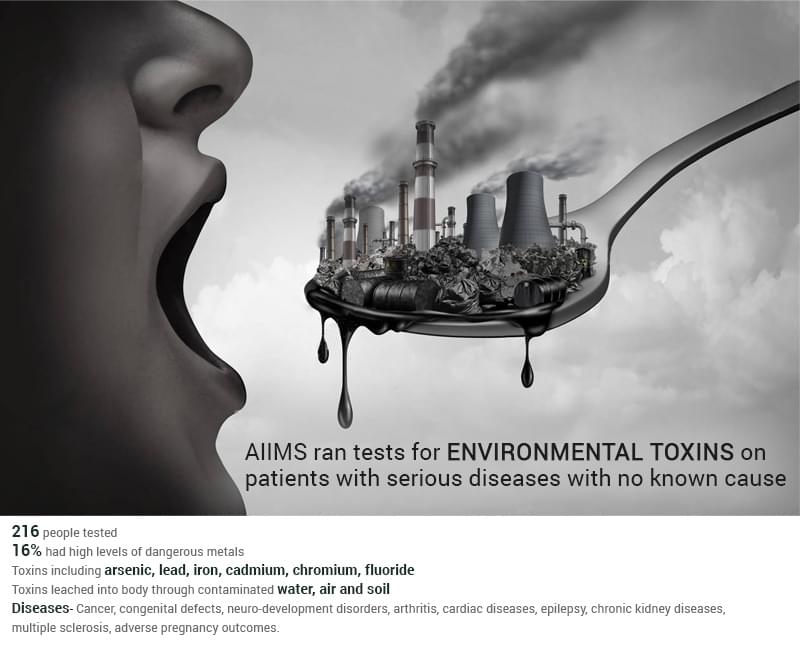 According to the Lancet Commission on pollution and Health, an international weekly medical journal, these environmental toxins are responsible for about nine million early deaths, constituting 16% of the global mortalities. Moreover, about 92% of these early deaths due to environmental toxicity, have occurred mostly in developing countries, which includes India.

The facts get as murkier as 80% of our water bodies.

Recently, the Municipal Corporation of Gurgaon admitted before the National Green Tribunal that most of the city sewage treatment systems are under-capacitated and not working as per the requirement. While the city has grown exponentially over the years, unfortunately, the civic authority failed miserably to cope with the ever increasing greywater loads and upgrade the sewage and effluent treatment infrastructure resulting in contaminated groundwater aquifers ,surface water bodies and rivers . Sadly, this is true for almost all civic bodies in the country and the mess our rivers are in.

And to make matters worse, 67% of Indians have zero access to even the basic water treatments systems. 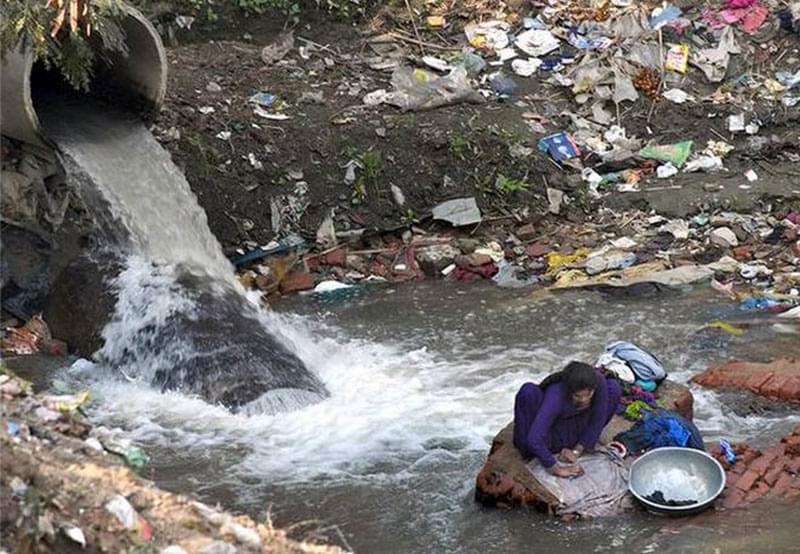 80% of the water in India is non-potable, according to WaterAid, an international organization working for water sanitation and hygiene. Due to poor water management, per Central Ground water Board, even the treated water in some areas has higher than permissible levels of toxic elements including fluoride, nitrate among others, which have carcinogenic risks to health.

UN Sustainable development Goals  “ talks  about universal and equitable access to safe and affordable drinking water for all” and to  improve water quality by reducing pollution, eliminating dumping and minimizing release of hazardous chemicals and materials, halving the proportion of untreated waste water, and increasing recycling and safe reuse by x% globally by the year 2030. In contrast to global goals in India itself, more than 163 million people do not even have access to clean water, according to National Green Tribunal.

For a healthy life, we do not just need clean water, but safe drinking water too, free from primary as well as secondary impurities and for that, it’s imperative to have some sort of water purification system to keep away deadly toxins. Reverse Osmosis (RO) is the latest generation technology that can effectively purify the water from all types of contaminants- from microbes to deadly toxins and chemicals.

The RO purification technology involves using a semi-permeable membrane which efficiently separates dissolved salts, organics, bacteria, pyrogens and other volatile compounds from the water, making it safe and potable, alongside meeting all global standards.

Is the water purified through reverse osmosis unsafe to drink as the process leads to demineralization?

While RO water purification technology has been proved to be the most scientific & reliable, people are still skeptical about using it, because of some trumped-up stories created by industrial lobbyists, who offer cheaper alternatives to it.

Scientifically, our body cannot absorb most of the minerals present in water. The human anatomy facilitates absorption of vitamins & minerals from organic and inorganic sources through digestion process. Digestion is the breakdown of large insoluble food molecules into small water-soluble food molecules so that they can be absorbed into the watery blood plasma providing body necessary minerals and vitamins.

Water is necessary for life, which makes it vital for good health. Water makes up about 50% to 66% of your total body weight. It regulates body temperature, moves nutrients through body, and gets rid of waste and plays a critical role in maintenance of body water and acid-base balance. But do we get minerals from water  ? The answer is- NO. WHO study in 2013 concluded that only a few minerals in natural waters had sufficient concentrations and distribution to expect that their consumption in drinking water might sometimes be a significant supplement to dietary intake in some populations.

RO purified water even if it is completely demineralized is 100% safe to consume as it is free from all contaminants & environmental toxins as stated in the AIIMS fact finding report. Its imperative today to have an advance reverse osmosis system at home and work place to be absolutely sure as far as water is concerned after all its better to be safe than sorry.

Quote of the week

Pure water is the world’s first and foremost medicine.