Point of Use Purification… Drinking Water Fountains: All… Green tomorrow starts with… Germany: New leader on… Is your organization water…

While mankind reaped the benefits from mother nature, unnoticing the soaring effects of climate change, water spawned into a source of future conflicts. With groundwater being pumped out more rapidly than it can be replenished, civil wars will soon wage all over the world and a time will come when it will become a luxury which only the well-heeled could afford. Give it a read!

‘Hail to you, divine, unfathomable, all purifying waters...’ (Rig Veda)

According to the Vedic texts, before the creation of the universe, there was nothing but boundless, incessant, limitless water. The world is therefore believed to be originally water without light (10th mandala of the Rig Veda) and has been identified as the Ayana of Nara, the eternal being.

Our Rig Vedic ancestors were no different from their predecessors in respecting all the natural elements and so water, referred to as Apah, was recognized as the primordial spiritual symbol of purity. It was the upholder of all lives and the savior of everything living or dead on earth.

Then mankind interfered and exploited this precious resource, by disturbing the balance created by the almighty.

Man’s relation with his natural environment is a complex one. While he is subject to certain natural calamities, he also tries to act as the dominant force in many of the Earth’s natural orders.

While mankind reaped the benefits from mother nature, it led to the soaring effects of climate change from the four corners of the Earth, thus, growing into a source of future conflicts. With ground water being pumped out more rapidly than it can be replenished, civil wars will soon wage all over the world and a time will come when water will become a luxury which only the well-heeled could afford.

It all started 45,00 years ago, in modern day Iraq, near the confluence of rivers Tigris and Euphrates between the neighboring city-states of Lagash and Umma over the region of ‘Gu’edena’ (“edge of paradise”). The conflict began when the king of Lagash rerouted water to canals, depriving Umma of fresh water supply. This age-old resource war has been recorded as the earliest known battle over water in history.

Today the people who are dependent on the rivers Tigris and Euphrates, including residents of Iran, Iraq, Kuwait, Turkey and Syria are still wrangling over their share of the resource. With the fazing increase of water consumption by the people, the fresh water level has started depleting, which makes the situation even more worrisome.

The new study led by the European Commission’s Joint Research Centre (JRC) has found out that the effects of climate change, intertwined with escalating population, may exacerbate the existing hydro-political tensions, regional instability, bring about social unrest and trigger intense competition over this dwindling resource. The research has pointed out the hotspots around the globe, where the inevitable war over water will outbreak in nearby future with Nile, Ganges-Brahmaputra, Indus, Tigris-Euphrates, and Colorado rivers being the most vulnerable hotspots to name a few.

It has become imperative to analyze the preconditions of water crisis and pursue cooperation over water in order to avoid the possible tension under the circumstances of climate change. However, the world has observed a different scenario.

Over the last few years, India and China have been in a dispute over Brahmaputra or Yarlung Tsangpo, a major river in Asia. Its journey begins at Tibet, flows down to India, the middle riparian and ends at Bangladesh where it joins Ganges and empties into the Bay of Bengal. Both countries have signed a Memorandum of understanding on sharing the hydrological information on the Brahmaputra river.

However, for whatever reason, Beijing didn’t provide India with the information, while shared the same with Bangladesh, the lowest downstream country. With both the countries being water-stressed, prone to floods and droughts in their shared river basins, these water disputes between India and China are painting existential threats. Since the problem of Brahmaputra river is closely linked to the border conflict alongside with the paucity of water resource, it is possible that it might lead to hydro-political issues between the two countries.

While there is a little risk of water wars erupting between India and its neighbors any time soon, internal water conflict too is a threat to tear India apart. From the Cauvery water dispute between Karnataka, Kerala, Tamil Nadu and Puducherry, to violence breaking out between residents waiting in lines for water, water crisis has become the burning issue of the century in India.

Illegal diversion of private tankers, rampant misuse by beverage and packaging units have become a common practice. The issue of water scarcity has come to such heights that it has led to water theft and water smuggling. It is hard to envisage this phenomenon of water thievery and smuggling, with water being found in abundance on our blue planet.

With the water crisis mushrooming across the cities of India due to climate change alongside growing population and inadequate infrastructure, a grim picture of illegal water trade has come to light. As the water storage capacity in India is declining due to neglect and mismanagement, water stock has become an inadequate option, thus leading to rampant water pilfering. From manufacturing firms, hotels, building contractors, to residents living in multi-storied buildings and vast slums water scarcity has indulged everyone into illegal water trading.

As if this wasn’t enough, water, already being sparse, has now become a source for terrorism. Terrorist troops have started attacking this scarce resource as a new tactic to tyrannize the people. Water-related terrorism can strain efforts to manage transboundary watersheds already spawned with weak governing institutions and uncoordinated water development, posing an additional threat alongside their existing climatic, economic, social, and political challenges.

Back in 2014, after losing their captured Somalian cities to the African Union and Somali Troops, the terrorist group, Al-Shabaab, in order to show their continued power and presence, cut off the water supplies of their formerly seized cities. The residents were forced to fetch water from the nearby towns controlled by the terrorist group. As they prevented the people living in government-regulated territory from entering, this increased the friction between the people and their government.

With water crisis being directly related to climate change and its accelerating forces of destruction, we are only left with 18 months to save our Mother Earth. The repercussions of climate change because of disrupting rain patterns leading to droughts and deluges, shrinking glaciers, accelerated rise in sea level to name a few has left everyone up the creek without a paddle.

To state an example, over the last decade, climate change has led to the migration of around 700,000 Bangladeshis every year due to natural disasters. With the mounting water crisis, Bangladeshis have faced storms, floods and other natural disasters which have created a pattern of rapid, chaotic displacement. With researches highlighting Bangladesh to be one of the most vulnerable countries, climate change might increase the number of migrants to 13.3 million people by 2050. Well these numbers are just for Bangladesh. The whole world is susceptible to climate change, and it might drive the migration of around 200 million people around the globe by the same time.

With all these examples stated, the question is, are we heading towards an era of warfare over water, a resource which covers 70% of Earth’s surface? Can anything be done to make this precious resource a source of peace and cooperation among countries, and for that matter people too?

There was a time when we had 12 years to save our planet from mankind’s irreversible deeds. Well, now we are only left with 18 months, until nothing can be done to save our Mother Earth. What we are dealing with is global crisis generated by decades of accumulative mismanagement of this valuable resource.

While humans are believed to dominate the animal kingdom when it comes to intelligence, they are also the ones disrupting the balance created in nature. As technologies advance, its impact on the nature also proliferates. While we humans can contribute a fair share by paying back to our mother earth, most of us choose not to. People are so caught up in chasing a convenient and comfortable life that they’ve turned a blind eye to the most basic need like water and have sabotaged mother nature to climb up the ladder of success. Now, even the poorest of people can afford a phone, but not untainted, pure water. In this day and age, people have all the luxuries in the world, but not something as basic as clean, salubrious, pure water. 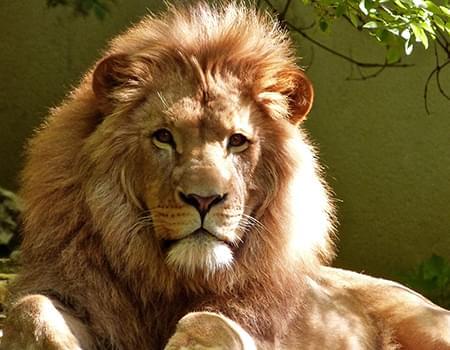 Germany: New leader on the…

Germany, the land of breweries, Schumann, Beethoven and Bach is…