Amidst all the efforts to curb India’s plastic waste, the definition of single-use plastic still remains ambiguous for everyone. While measures to reduce plastic bag usage are being implicated all over India, the major eco-villain PET bottles are still being left behind. Read to know more.

While shops and business establishments were priming themselves for the single-use plastic blanket ban from October 2 onwards, the government decided to hold it off, as it was too disruptive for the industry at this time of economic slowdown and job losses.

“The Swachhata Hi Seva campaign launched by the Hon'ble PM on 11th September 2019 is not about banning single-use plastic but creating awareness and a people's movement to curb its use." – Swachh Bharat twitter handle posted.

Officials have said that there would be no immediate move to ban plastic bags, cups, plates, bottles, straws, instead the government would try to cut down their use and spread awareness about its ill-effects.

“This is a relief for beverage companies in India," said Ramesh Chauhan, chairman, Bisleri International.

Instead of an outright ban, the government is now asking state governments to strengthen their policies. While the Delhi government is prohibiting the use of bags made of plastic less than 50 microns, the Maharashtra government has notified the ban on items including less than 200 ml PET water bottles, plastic mineral pouches, plastic bags, thermocol cups, plates, and straws.

Amidst all the efforts to curb India’s plastic waste, the definition of single-use plastic still remains ambiguous for everyone. While measures to reduce plastic bag usage are being implicated all over India, the major eco-villain PET bottles are still being left behind.

Even after recurrent citation of several facts and statistics indicating the dire situation associated with plastic use and its recycling, limited action has been taken to tackle the woes. A report by Guardian found that, globally, humans buy a million plastic bottles a minute and the number is predicted to jump another 20% by 2021. Moreover, a whopping 91% of the total plastic waste does not even get recycled globally, resulting in global environmental and social damage of more than $2.2 trillion every year! 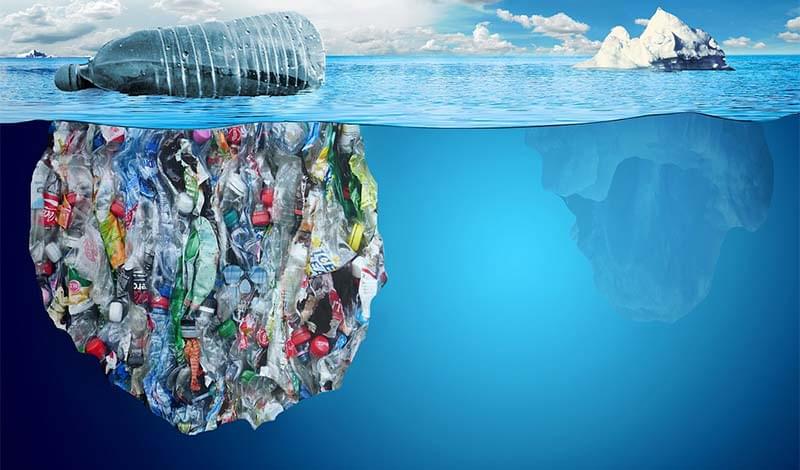 While the government is still deciding on what to include in the single-use plastic list, the beverage makers using PET bottles to sell water are using their malarkeys and tricks to convince the government that over 90% of the PET bottles used are recycled in India.

If plastic waste was being recycled in actuality, we wouldn’t have to face a situation of global cataclysmic crisis like this one.

While Mr. Chauhan is might be very much relieved by this decision, are we?

Look around. The evidence around is compelling enough to realize there is too much plastic surrounding us which needs to be clamped down before it gets too late. If we are saying yes to plastic bottle, we are saying yes to the emission of 2.5 million tons of carbon dioxide into the air each year and consumption of 17 million barrels of oil annually which are the two major contributors to climate change.

The one-liter bottle that we haphazardly buy, guzzle down in less than 1 minute and throw away, squanders 17 times more water than it contains, in its manufacturing! Aren't these reasons strong enough to eradicate this environment destructive monster?

And we haven’t even started with its impact on human health.

A new study in the journal, Environmental Science and Technology says it's possible that humans may be consuming anywhere from 39,000 to 52,000 microplastic particles a year. 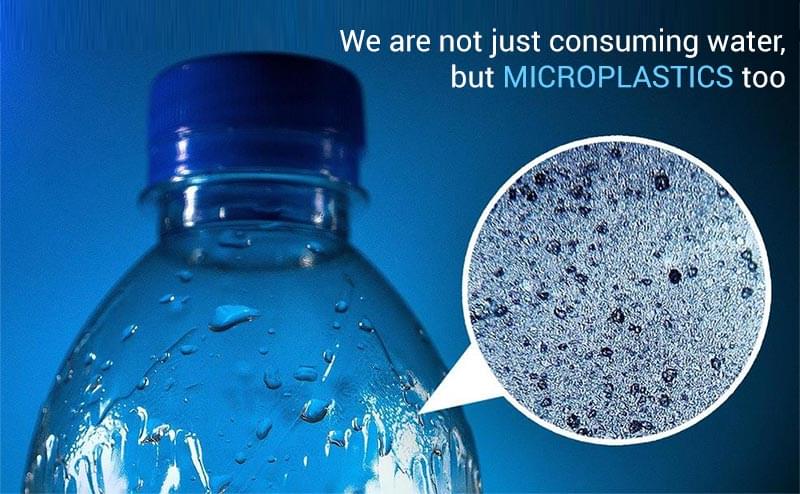 Scientists say plastic debris can reach our stomach, and depending on their size, are either excreted, get entrapped in stomach and intestinal lining or move freely in body fluids such as blood, thereby reaching various organs and tissues of the body.

"The toxins, poisons and persistent pollutants present in some of these plastic products leach and enter human bodies where they cause several diseases, including cancer," said Chitra Mukherjee, head of advocacy and policy, Chintan Environmental Research and Action Group.

Plastic has found its way into our food chain, even the arctic ice, rainwater samples, guts of millions of birds and animals, and all we are doing is “curbing” our plastic use.

If one person switches from PET bottle to a reusable water bottle, he will spare the planet from approximately 156 plastic bottles annually! Imagine that number multiplied by hundreds, thousands, or millions of people, and its positive impact on the health of our currently ailing planet!

“If jobs shift from the plastic industry, alternatives are going to come up, “said Anoop Kumar Srivastava, director at Foundation for Campaign Against Plastic Pollution. “Employment opportunities will increase in eco-friendly sectors.”

Quote of the Week-

“We are fast becoming a plastic society.
Pretty soon, we will have more in common with Ken & Barbie than with our natural environment.”
Anthony T. Hincks