Cherish or Perish: towards Water Neutrality

Climate change is already having a profound effect on global water cycles, resulting in both prolonged and more severe droughts, extreme precipitation, and flooding events. Increasing competition for finite water resources among industry, agriculture, and an expanding population is exacerbating these impacts and the underlying risks. Read to know more!

In all, forty-four countries, home to one-third of the world, are currently facing "high" levels of water stress.

The world's second-most populous country, India, is facing one of its critical and most severe water crisis. According to the Composite Water Management Index issued by NITI Aayog, 21 major cities including, Delhi, Bengaluru, Chennai, and Hyderabad, are racing to reach zero groundwater levels by 2020.

Over 600 million Indians are already facing the worst water crisis. Over 820 million still not having access to piped water, and pollutants contaminate 70% of the Water in the country. The urgency to find sustainable solutions is becoming direr. 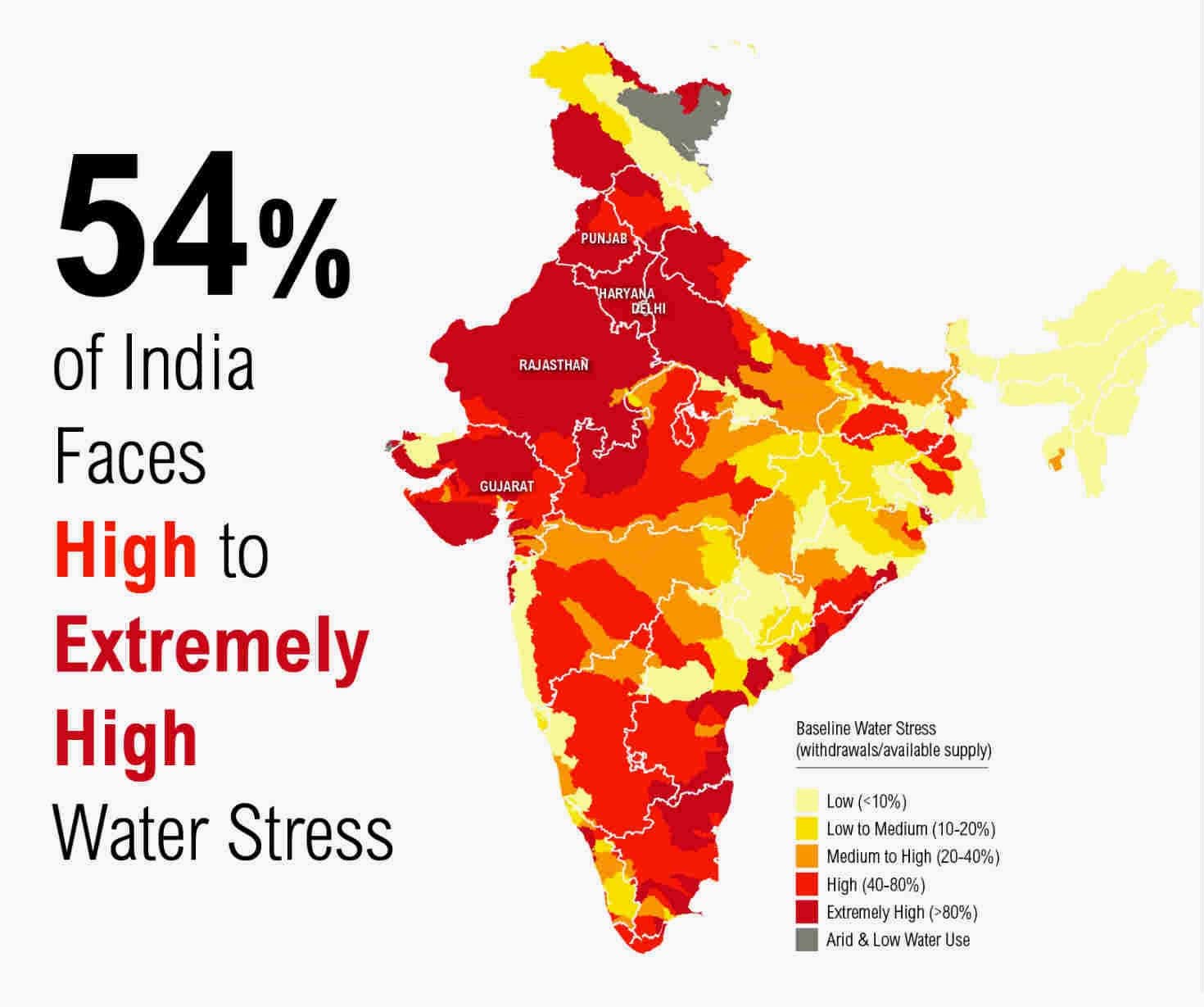 The undeniably worrying trends in Water are increasing. Over the last few years, it is getting exceedingly clear that the government neither has will nor resources to solve this crisis. Faced with the inevitable, it is imperative now for all to engage in solving Water scarcity and quality problems cohesively.

There is an urgent need to change the way we are handling this precious resource currently. We need to mobilize an ecosystem of stakeholders to develop, orchestrate, and scale praxes, approaches, and solutions.

So, what are some of the ways forward?

The concept of Water neutrality is essentially the wet version of carbon neutrality. It means that Water usage can be offset by interventions to improve freshwater habitats and supply.

Based on its carbon equivalent, Water neutral, according to a 2008 UNESCO report, connotes, "One reduces the Water footprint of activity as much as possible offsets the negative externalities of the remaining Water footprint."

But, while Carbon neutrality entails offsetting the carbon emissions actively by either sequestering an equivalent amount or purchasing carbon credits to make the difference, can the same be done for Water neutrality?

In the case of carbon neutrality, it does not matter where the CO2 emission reduction is achieved. However, when it comes to Water, offsetting is required where the impacts take place. Unlike carbon neutrality, extracting Water from one basin and neutralizing it by Water saving in some other, would not precisely redress the balance in the first location.

Unlike CO2, Water is a finite resource. Taking Water from one place and replacing it in another does not precisely balance accounts in the first location. Water neutrality, in its real sense, goes beyond 'neutralizing' the volume of water consumption. True offsetting involves a rational investment in Water-saving technologies, Water and environmental conservation, wastewater management besides curbing the water footprint as much as possible.

A study in Conservation Letters by Nel and colleagues   titled - Water neutrality: a first quantitative framework for investing in Water in South Africa presents a well-defined  model for how water neutrality should work. The investment in water neutrality requires a three-step process (known as R3) of Review, Reduce and Replenish. Using South Africa as an example, they describe a scheme where users, communities, and business need to :

(1) review their Water use,

(2) implement a reduction strategy and

(3) replenish Water to hydrological systems through the investment in catchment services equivalent to their water use.

The strength of the water-neutral concept partly lies in its positive connotation, which may trigger communities and businesses to act where otherwise they might not have done so. A large number of individuals and companies are already aware of the external effects of their direct water use and act to reduce this water uncontrolled use. In the case of companies, a key element of water neutrality is that not only measures are taken for the operational water footprint, but also to the supply-chain water footprint. For individuals and communities, it means that they should not only focus on reducing household water use (like installing low-flow showerheads and water-saving toilets) but also start adopting water conservation practices like rainwater harvesting, greywater recycling while consuming products labeled as water-neutral.

However, the concept can become active in contributing to the wise management of the water resources only when clear definitions and guidelines will be in place. There will be a need for scientific rigor in accounting methods and for clear (negotiated) bylaws on the conditions that have to be met before one can speak about water neutrality. Undoubtedly there will be a phenomenal market for water-neutrality and water-offsetting, comparable to the demand for carbon neutrality. To what extent this market will become effective in contributing to a more efficient, sustainable, and equitable use of the Earth's water resources will depend on the rules of the market. Without agreed definitions and guidelines on what is water neutrality, the term is most likely to end up as a catchword for raising funds for charity projects in the water sector. In that context, the term can also fulfill a useful function, but it would be ' water neutrality' in its weakest form. It will become a strong concept only when claims towards water-neutrality are measured against clear standards.

Quote of the Week,

There is plenty of Water in the universe without life, but nowhere there is life without Water.